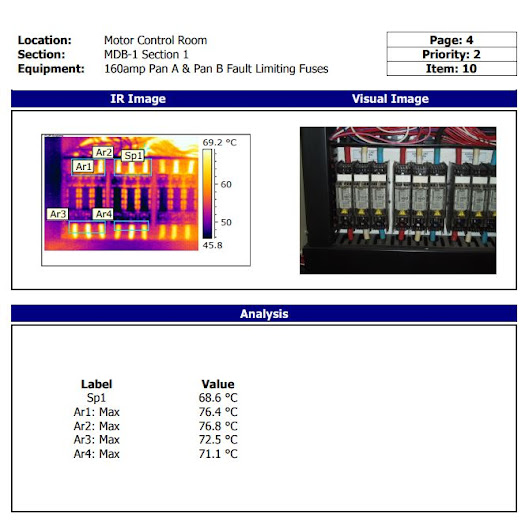 A thermographic inspection is designed to assess the performance of all electrical components on site and to highlight any areas which require attention. Recommendations given within this report are given only within our area of expertise.

Infrared Thermal Scanning of all electrical switchgear and associated conductors to detect evidence of equipment operating near or above rated temperatures. Load readings are also taken of prospective faults to assist in the accurate diagnosis of the prospective fault. A detailed log of inspected assets is provided which includes a Pass or Fail status. Those items failing the inspection are reported on through a thermal and digital image, a priority rating & possible recommended action.

Why get a Thermal Survey?

Imagine if your company had a critical electrical fault that resulted in a major disruption to your business. What would be the cost incurred and revenue lost during this downtime? Would it be Thousands of dollars or tens of thousands? It is known that electrical components can breakdown and become faulty overtime but it often goes undetected, until you either lose electricity, have a fire or electrical systems fail. 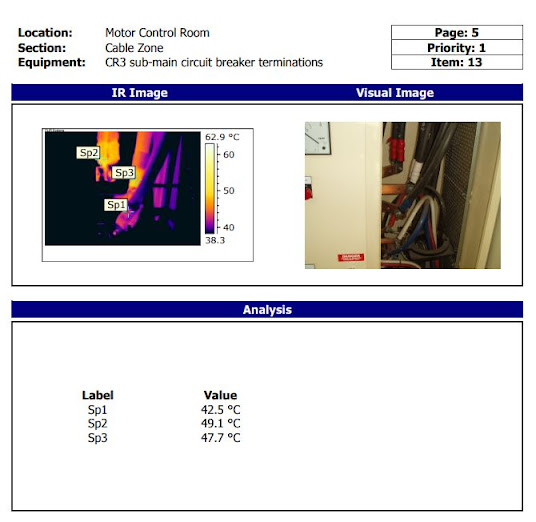